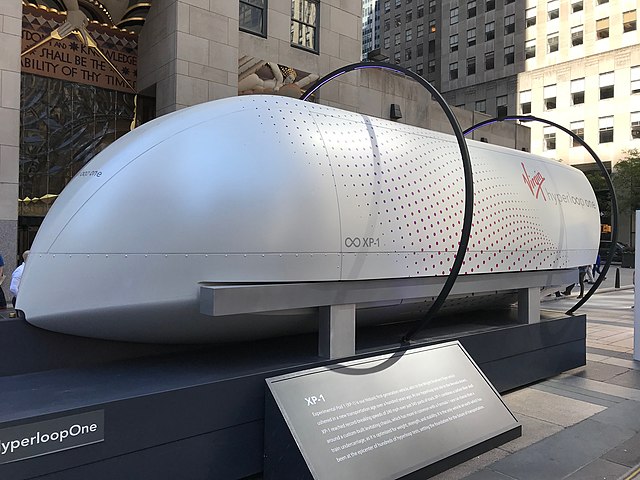 Normally, traveling from San Francisco to Los Angeles in California takes 6 hours by car or 1.5 hours by plane.

But imagine if you could travel this long distance in less than an hour without flying! This might very well be the future thanks to a new technology known as hyperloop.

Recently, a company called Virgin Hyperloop completed the first passenger test. The test run took place at Virgin’s DevLoop track in the Nevada desert. The pod reached speeds of 107 miles per hour in 6.25 seconds and covered 500 meters in 15 seconds.

The speed of the test run was limited by the size of the track. However, with hyperloop technology, it is possible to achieve travel speeds of over 600 miles per hour!

How Does Hyperloop Work? 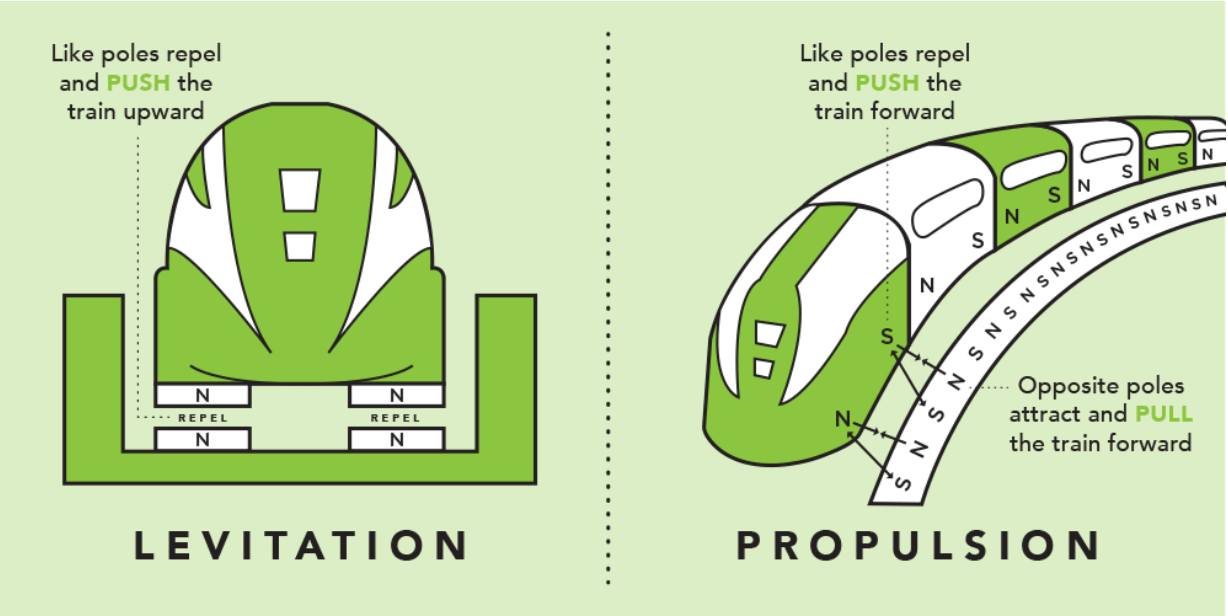 The concept of a hyperloop was first proposed by Elon Musk in 2012. The technology uses magnetic levitation and vacuum tubes to achieve high speeds.

Two sets of magnets interact to make the pod “float” and move forward. Magnets on the pod repel magnets on the track, since like-poles repel each other. The pod levitates on a thin layer of air, similar to pucks on air hockey tables, This eliminates friction between the pod and the track. An electric current running through the track changes the polarity of the magnets on the track, which thrusts the pods forward.

The vacuum tube has very little air to minimize air pressure. By reducing pressure and friction, the pods use less energy and travel faster. Hyperloops are four times as fast as high-speed trains and twice as fast as airplanes.

Virgin Hyperloop hopes to develop pods that can hold 28 people. For now, the manned experiment was run with a two-passenger pod, and the passengers were company executives. Prior to this experiment, Virgin Hyperloop had tested the technology nearly 400 times without passengers on the Virgin DevLoop track.

The Future of Hyperloop Technology

Virgin Hyperloop envisions a system of vacuum tubes and pods that use artificial intelligence to determine routes and departure times, rather than a set schedule.

The company is planning on building another testing center in West Virginia for $500 million and seeking certification by 2025. Company executives say that the technology could be out to the public by the end of the decade. They are also planning routes in India, Saudi Arabia, and various areas in the US.

Virgin Hyperloop is not the only company in this space. It has many competitors in the US and Europe, many of which are initially focused on building hyperloops to transport cargo. Supporters of the technology highlight that hyperloops could cut carbon emissions and increase economic benefits.

However, hyperloop technology also faces challenges and criticism. The vacuum tubes would need to be built to follow very straight routes and wide turns due to high-speed travel. Purchasing land for this would be very expensive and difficult. The hyperloop might not save as much money as advocates claim, since it would require expensive maintenance and repair.

Hyperloops still have a long way to go, but this new technology has the potential to completely revolutionize transportation!