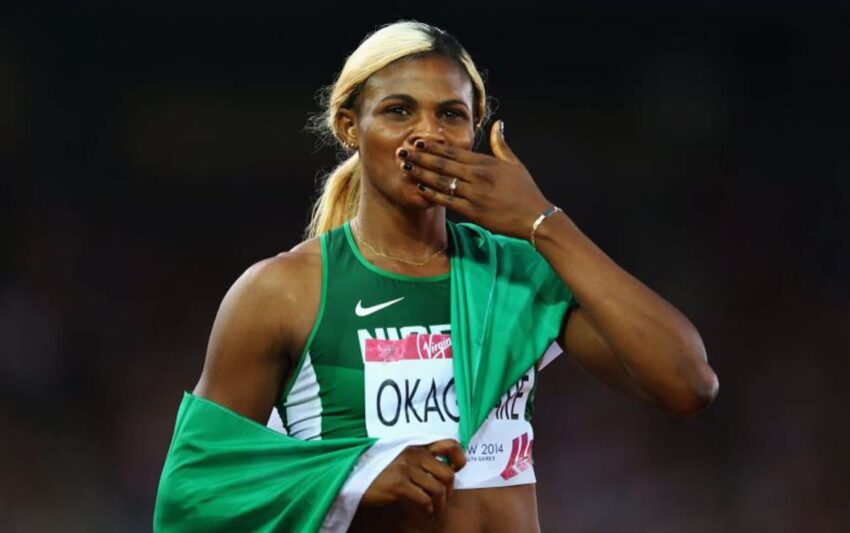 The countdown to the 2020 Tokyo Olympics is down to less than three days and more women will ably represent Team Nigeria than men. When PREMIUM TIMES ran through the list of women in Team Nigeria, we picked out these three probable medal winners.

Adekuoroye has established herself globally as one of the best wrestlers in the 57kg category by winning world championship medals and she aims to deliver Nigeria’s first-ever wrestling medal in Tokyo.

In a recent interview with the Nigerian Wrestling Federation media, she stated her physical and mental readiness for the Games in Tokyo. “I don’t have any pressure going to the Olympics, I’ve been to the Olympics before (in Rio 2016). I have trained physically. Mentally, I have trained myself. And my coach has been on me every time. Even the President (Daniel Igali) still comes to our training just to teach me some things.

“So, having an Olympic champion (Daniel Igali) in my gym, having a world-class coach (Purity Akuh), and my training partners are doing brilliantly well. So, I don’t have any pressure going to the Olympics. I believe by the special grace of God, it’s my time to shine. So, I will definitely bring gold to Nigeria, by His grace.”

She also told the official Olympic Games website, “My dad used to tell me, ‘My daughter I believe what I can’t do anymore you can do it and make me proud.’ The only gift I can give him now is to medal at the Tokyo 2020 Olympic Games. The love I have for him will drive me,” Adekuoroye added.

At the 2016 Games in Rio, she reached the quarterfinals and lost to Sweden’s Sofia Mattsson, who claimed a bronze medal.

“It was special but a sad moment for me. I hoped I could get a medal. But I think one of the major problems I had, I didn’t have very good preparations, and I was still young and just eager to win.”

She believes she is now ready for that meal that eluded her five years ago.

Okagbare is a proud Olympian, having won a silver medal in the long jump at the 2008 Beijing Games. The 32-year-old Delta native is going to her fourth Olympic Games and has her eyes set on winning another medal, but this time in the 100m sprint.

She ran a wind-assisted time of 10.63 in Lagos in June, which has buoyed her confidence going to Tokyo. Okagbare is the current African record holder in the 200m with her run of 22.04 seconds in 2018. She was the African 100m and long jump champion in 2010.

The 32-year-old stated she is ready to make a claim for a sprint medal at the Olympic at the Nigeria Olympics Trials in Lagos last month.

“I have been working on everything and I hope it counts at the big stage, that’s the Olympics. I have to go to the Olympics, do better than I did, or better still replicate it. You might not need to run like this to win the Olympics; at the Games, you just want to get to the finish line,” Okagbare told the Guardian in Lagos.

Tobiloba Amusan is another of Nigeria’s women who might win a medal for Team Nigeria in Tokyo in track and field. Amusan is attending her second Olympic Games, and she reached the semifinals of the 100m at the Rio Olympics Games in 2016.

She is the fifth-best woman champion in the history of women’s 100m hurdles as she ran 12.62s to come second in the 100m hurdles event at the Adidas Boost Boston Games earlier this year and is in the top four of athletes who will compete in Tokyo.

“Since 2019 it’s always been, ‘oh Tobi is always a medal contender,’ but this year I don’t just wanna be a medal contender, I want to be a force to be reckoned with at the Games,” Amusan told the KTSM website.

“It’s about who comes to the games and shows up and goes off. This year is about how God has done the work. Now is the time to prove yourself to the world,” Amusan added.

Nigeria: No Plans to Ban Women Drivers in Kano – Govt