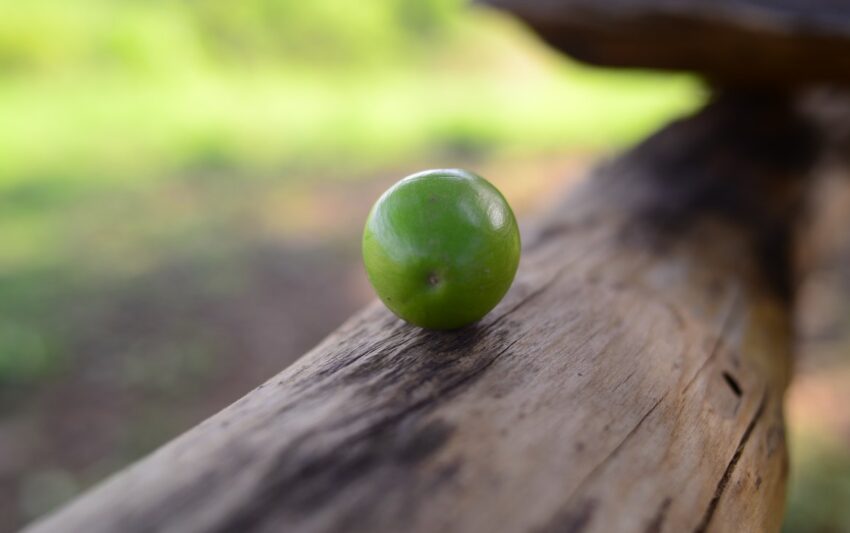 Women are sorting bad nuts from good nuts at the Sagnarigu shea processing facility in Ghana’s Northern Region, a gated facility equipped with cooking stoves produced from mud with an accompanying saucepan stand.

Some 90 women, skilled in processing and trading shea from across the Tamale area, work here to process the nuts from the Africa shea tree.

But business suffered when clients stopped going to the centre after Covid-19 protocols were put in place.

Some women who had stopped other work to dedicate their time to shea processing are still hoping that business will pick up again.

“I used to be home making peanut crunches. Then we were called to the centre … so I registered my name and underwent a six weeks training in processing,” worker Amina Issahaku tells the Africa Calling podcast.

“I was hesitant but was encouraged by others to commit to processing,” she adds.

The downturn is evident. By late 2020, their earnings had dwindled because of a drop in demand, which pushed them back into poverty, according to Memunatu Salifu, one of the first people to work at the centre.

“I used to earn between €16.94 for processing one sack of nuts, but now, I make an average of €8.47 euros. From this amount, I support my daughter in-laws and pay school bills for my younger children. Indeed, Covid has had a tow on our livelihood,” she says.

Shea is used in the production of chocolate, yoghurt, candies, and baby food, in addition to skin cream.

Before Covid-19, some companies who used the shea butter for the processing of pomade and beverages made by the women at the centre, also helped out the community, says processor Memunatu Salifu.

“The Savannah Fruits were the first to engage us. From our earnings of €14.17 euros, we saved and used it as loans to support women who faced challenges,” says Salifu.

In downtown Tamale, Shea Network Ghana has been pushing for better policies for shea workers and the business sector.

Ninety percent of Ghana’s shea butter exports go into the food industry, while the remaining 10 percent is used for skincare, involving women in local communities, according to Iddi Zakaria, national coordinator of Shea Network Ghana.

“Shea oil is traded along three levels of the value chain… and then processed and sold to aggregators who then sell to large buyers, mostly in-country,” says Zakaria.

“They process the nuts into shea butter, then the shea butter is fractionated into stearin and other products and exported. Then we have a number of processing centres that do handcrafted butter mostly also to process for skincare,” he says.

According to a report by the Inclusive Business Action Network, shea butter processing serves as the main source of income for women who live in the north of Ghana.

Ghana’s plastic house: a step towards dealing with the country’s pollution

Zakaria adds that shea production could greatly reduce the high poverty rate in the north of the country, but it’s really tied to demand.

“Eventually people went into debt because they had taken a number of loans from institutions and then the businesses shut down,” he says, adding that there are no orders right now from the European market.

But the market is gradually improving, and Shea Network Ghana says there are piles of both butter and nuts that need to be cleared from warehouses.

“Now they’ve started buying but it’s still low as compared to the pre-covid period. We hear those that bring organic nuts for processing are returning soon so we’re getting ready for them and hoping the customers will start coming,” she says.

Nigeria: NAFDAC Raises Alarm Over Indiscriminate Use of Aphrodisiac