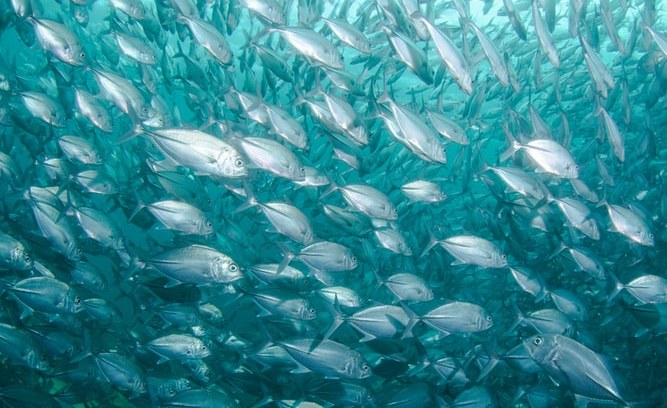 But, nowadays, this farming is getting attention even in towns and cities practicing as part of urban agriculture with manmade water spots. Recently, Endale Getachew and Eshetu Molla, residents of Addis Ababa City who are engaged in urban farming stated that parallel to other farming activities, they are producing fish using manmade water spots in their gardens.

According to these two individuals investing in urban farming, they are practicing fishery using the water that uses for the growing of vegetables. By doing this system, they produce both fish and vegetables by managing their water resource.

According to them, the fishery can become an optional urban farming investment within limited resources in addition to modernizing fish farming in potentially high resource areas. Awareness of fish farming and modernizing the farming practice across the country can make the sector more productive and attract investments. The investment in the sector must be not exploited only the available fish resource but also invest in developing the resource to make it sustainable.

Considering the available potential resource of the country and to make the sector one of the viable farming sectors, the Ministry of Agriculture is starting to provide training for different regional states that are expected to continue across all states.

Ethiopia is giving due attention to summer farming to replace the wheat import. With this goal, wheat farming through irrigation is developing in all parts of the country mainly in the lowland areas of the country, mainly Afar, Somali and Oromia states. This summer farming in wheat production is becoming successful and the country is experiencing best practices from this sector and aiming to expand this practice in other agricultural activities.

In this regard, fish farming can become productive with summer farming by investing in awareness and mobilizations including giving attention to the development of the sector. The urban farmers’ fish farming in Addis Ababa indicated that fishing can be developed with manmade water spots with simple efforts in addition to wise investments in the already fish-rich water resources.

According to Benishangul-Gumuz Regional State, Agriculture and Natural Resource Bureau argued that fishery can be developed by developing fishpond. This can help to grow fish in ponds allows feeding, breeding, growing and harvesting the fish in a well-planned manner, it added.

The bureau noted that the pond established for the fish production purpose can be easily dug manually with labour force using minimum support of machinery. A project is drafted in the regional state to produce fish using fish ponds which are planned to be laid in five hectares of land, comprising a series of small ponds with two meters depth.

“Tilapia fish species will be grown in the pond with the stocking of up to 29,000 fish per hectare. The number of fish can be increased up to 50,000 depending on the extent of fertilizing the pond and the amount and type of supplementary feed provided to the fish,” the bureau stated.

According to the bureau, with this fishing mechanism, producing fish for market purposes and household consumption is becoming productive adding the fish is expected to grow fast and reach marketable size within six months with intensive management and continuous monitoring.

According to the bureau “under intensive management and regular harvesting, it is expected that 6 to 10 tons of fish per hectare will be obtained. Fresh fish will be sold in the local market and the processed fish/ smoked, salted and or dried fish) will be sold in faraway markets and can even be exported to countries where there is demand for processed freshwater fish.”

Such kinds of project interventions and investments can boost both the development of fish farming and at the same time to exploit the potential of the country to make it an optional farming investment. In addition, further investments can make the price of fish affordable food in the market which can also attract more consumers.

To develop fish farming and its productivity, the Ministry of Agriculture (MoA) organized training on fish farming in Somali and Gambella Regional States. These two regions are among the potential regions for the fishery in Ethiopia.

According to MoA, over 26 different fish species are available in the Gambella region in the four great rivers of Barro, Akobo, Al- Weero and Gillo. These rivers are potentially fish-rich naturally and only needs additional efforts to exploit the available potential and to develop fishery farming in the region.

The ministry gives capacity building training to regional and woreda experts in the region to utilize and properly use the ample fish resource in Gambella. The training, according to the ministry, is supported with practical work in addition to theory with advanced technologies and new skills directly to fishermen and experts in the field.

The training includes the process from fishing to consumption stage and helps how to use fish properly and benefit the society. In addition, it focuses on the economic benefit of fish at a national level.

The capacity building training by the ministry has also been given in the Somali region focusing on the effective use of fish potential resources in the region. Shebele River, which crosses four woredas of the Somali region, is one of the fish-rich rivers with more than 15 fish species.

During the training, Fisheries Resource and Development Director at the Ministry of Agriculture, Hussein Abegaz, stated that fish is both a food and a job opportunity. Adding residents of the Somali region have been benefiting from using fish as food and also as a job opportunity for jobless youth and women.

Field visiting programs, practical exercising on how to catch fish and experience sharing are parts of the training in both regional states. These efforts can provide additional skills and knowledge in the fishery sector and can attract additional small and medium scale investments in fishery farming.

With continued efforts and modernizing activities, fishery farming during the summer season can become a productive and alternative income-generating sector for both urban and rural youth. In addition, developing the culture of the fishery can help households to produce fish for their home consumption easily.

Africa: Thrilling Pairings On the Road to Qatar 2022