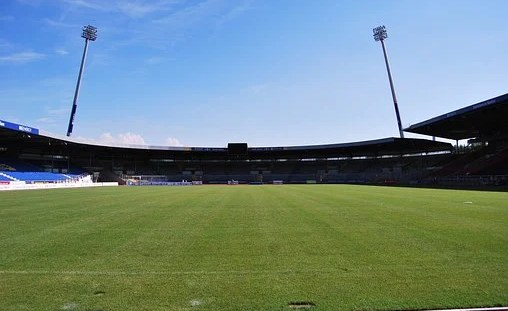 Burkina Faso forward Boureima Bande scored with his chest to help the Stallions beat Cape Verde in Group A.

The 23-year old was on hand to guide home Issa Kabore’s delivery with his chest into the unguarded Cape Verdean goal six minutes before the break.

The Stallions who lost their opening match to hosts Cameroon came into the West African derby without captain Bertrand Traore, who tested positive for Covid-19.

Gustavo Sangare who scored the tournament’s first goal came close to adding to his tally but the enterprising midfielder failed to beat Josimar Dias inside four minutes.

Dias pulled a smart save to deny Tapsoboa on 12 minutes, the midfielder released fierce low drive from a set piece towards the far corner.

The Blue Sharks grew into the match with a string of neat passes but failed to trouble the compose Koffi. Kenny Rocha’s speculative effort was easily dealt with by Koffi.

Burkina Faso created some openings and came close midway through the first half through goal scorer Bande. The strong striker hassled Lopes before firing straight at the advancing Dias.

Dias was called to action this entire making a routine save from Gustavo Sangare’s ambitious toe-poked effort inside the area.

Cape Verde missed a great opportunity to break the deadlock on the half hour mark in Yaoundé. Talisman Julio Tavares saw his effort saved by Koffi who showed leadership throughout.

Bande scored his dream goal with his chest from to give Burkina Faso an important win to rekindle their chances of making the knockout stages.

The two sides created chances in the second half but lacked the cutting edge.

Burkina Faso now move to second place level on points with Cape Verde, three behind hosts Cameroon who have booked their place in the last 16 with a 4-1 victory over bottom place Ethiopia.

Ibrahim Toure (Man of The Match)

“It’s a personal consecration for me, but one that the entire Burkina Faso team deserves. We had a tough match that allows us to prepare for the rest of the competition in the best conditions”.

“It’s a first victory for us in the competition. It allows us to get back to the peloton to hope for qualification in the next round. We are proud to have accomplished our duty. It is now up to us to continue our momentum. I am a happy man tonight and we will now have to work to achieve good matches in the future”.

“We played a game with a half where we were a little absent. In the second half, we corrected our mistakes to create a few goalscoring chances without however managing to equalize. Now we have to forget this defeat and turn to the future and prepare for our match against Cameroon in the best possible conditions. Burkina have good players. They are one of the best African teams”.