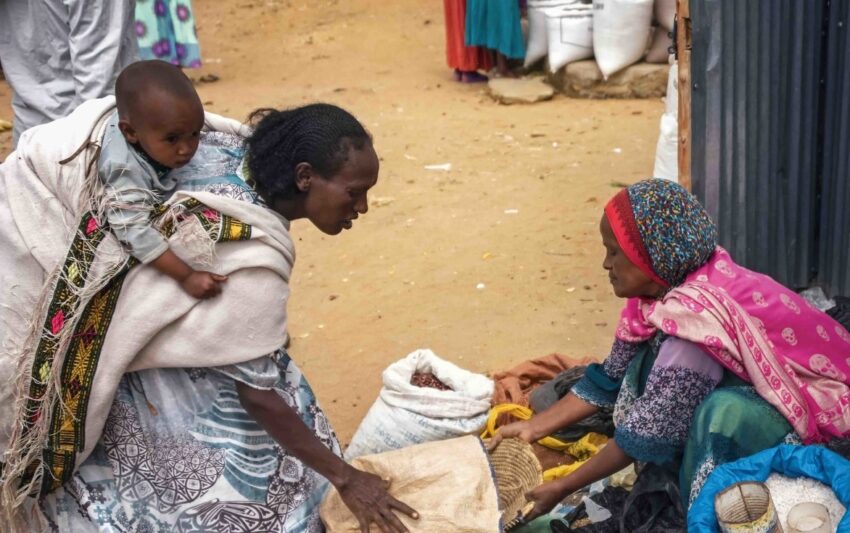 Open letter to: African women in leadership positions in the Horn of Africa, the African Union, and the United Nations including:

The violence against women in the Horn of Africa is relentless. Women in Somalia, Sudan, South Sudan, Eritrea, and Ethiopia have been subject to war and conflict-related sexual violence over decades. The women of Tigray are now among the latest victims. We call on women in high positions in the Ethiopian government, the Eritrean government, in the African Union and the United Nations to speak out clearly and forcefully in demands to end these attacks on women and girls and to bring the perpetrators to account. We applauded the Ethiopian government for having a female head of state and equal gender representation in the cabinet in 2002; this was an important ‘challenge to Ethiopia’s long-held tradition of patriarchal culture‘ and we hope it continues. But the struggle for rights and equality only makes a difference when women leaders use their power and authority to denounce war crimes. We need to consistently challenge the toxic values of militarism and patriarchy that make it possible for men to commit atrocities with impunity.

We agree with United Nations Special Representative of the Secretary-General on Sexual Violence in Conflict (SRSG) Pramila Patten that women and girls are suffering ‘cruelty beyond comprehension’ but we disagree that the ‘acknowledgment of reports of sexual violence at the highest levels of the Government of Ethiopia’ is any reason to feel ‘encouraged.’ On the contrary, Prime Minister Abiy Ahmed claimed to be undertaking a ‘law enforcement operation’ even as Ethiopian Federal forces carried out indiscriminate shelling that hit schools, hospitals and markets in urban areas. He is accused of minimising the violence against women in a speech to the Ethiopian parliament. He has failed to act in response to the evidence from international human rights organisations and humanitarian officials that Eritrean soldiers are terrorising Ethiopian civilians, and using starvation and rape as weapons of war. It is not only the Ethiopian National Defence Forces and the Eritrean armed forces, but also the Tigray People’s Liberation Front, the Amhara Regional Forces and affiliated militia who stand accused of serious violations of international human rights and humanitarian law, according to the United Nations. But while we call upon all parties in the conflict to declare and hold to a ceasefire; and to facilitate humanitarian access and independent investigations, we cannot reasonably expect impartial investigations from the Ethiopian government or even the Ethiopian Human Rights Commission in these circumstances.

Many Tigrayan women have courageously come forward to tell the world their stories of how they have been raped. They tell how their families were killed and homes destroyed, how they are trying to save their children from starvation. They speak of fleeing their homes and crossing borders in search of sanctuary. These stories are far too familiar. We have been suffering, witnessing, documenting and protesting about such violations for years, but still they continue. Countless Ethiopian women were subject to sexual and physical violence even before this war. We have come together at home and in the diaspora to address violence against women and to demand peace. We hoped for the advancement of women’s rights, instead we have seen a violent regression that is dangerous not only for Tigrayans, but for everyone in the region. Progressive laws and policies to protect women must be enacted on the ground.

Halting the fighting is only the first essential step. From experience, we know that violence and atrocities on the scale we have seen in Tigray have both immediate and generational impacts that thwart lasting peace and stability. Recent international investigations estimate that there are at least 10,000 victims of rape in Tigray, among them young girls and elderly women, and many of them have been gang raped. Tigrayan women will join the grieving Somali mothers who do not know what happened to their children or are still fighting for their children’s survival; the Eritrean women imprisoned or forcibly displaced, who have lost all control of their lives and families. The Sudanese and South Sudanese women mourning their losses and demanding change.

African women should not be expected to carry the burden of ending man-made wars and famines. Yet we cannot remain silent while women in Tigray suffer the same fate as their sisters in neighbouring countries today and in earlier generations. We welcome the call by Ellen Johnson Sirleaf and the Elders urging the UN and AU to act now to end atrocities, even if it comes too late to prevent famine or protect the women whose lives have been devastated. We echo the call for a ceasefire by more than fifty women of African descent and share their concern about the ‘profound silence’ of African leaders.

We want the women of Tigray and all the victims of war and atrocities in the Horn of Africa to know that they have our unconditional sympathy and solidarity. They deserve the wholehearted commitment and support of women leaders in Ethiopia, Eritrea, the Horn of Africa, and around the world to demand an immediate end to atrocities, including all forms of sexual and gender-based violence in this conflict. The survivors urgently need protection, medical treatment and trauma counselling. They need immediate access to humanitarian aid to stave off the famine. They need support to reunify families, to care for the children of rape, and they will need long term social and economic support in conditions of displacement. They also need impartial investigations and independent mechanisms to deliver justice.

*This letter was written by a group of participants in the Women for Peace in the Horn of Africa expert networking meeting in Vienna 10-12 June 2021.