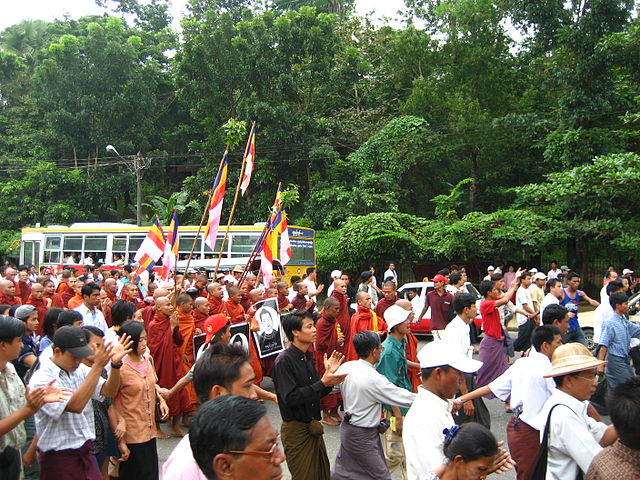 After a decade-long experiment with democracy, the South Asian country of Myanmar is back under military rule.

Last Monday, the country’s citizens woke up to the news that the military had staged a coup. The armed forces had arrested the country’s democratically elected leader Aung San Suu Kyi as well as top members of her party, the National League for Democracy. Senior Gen. Min Aung Hlaing has assumed the supreme authority.

In an attempt to stem the protests, the military swarmed cities with riot police and blocked access to Facebook, Instagram, and Twitter. Still, tens of thousands showed up, waving red flags (a symbol for the NLD) and pictures of Suu Kyi, who remains immensely popular in the country.

To understand the recent events, let’s look at the history of Myanmar’s government.

The military, known as Tatmadaw, controlled Myanmar between 1962 and 2011. A pro-democracy movement took root in the late 1980s, led by Suu Kyi. The military placed her under house arrest in 1989, but she continued to inspire citizens, earning a Nobel Peace Prize. 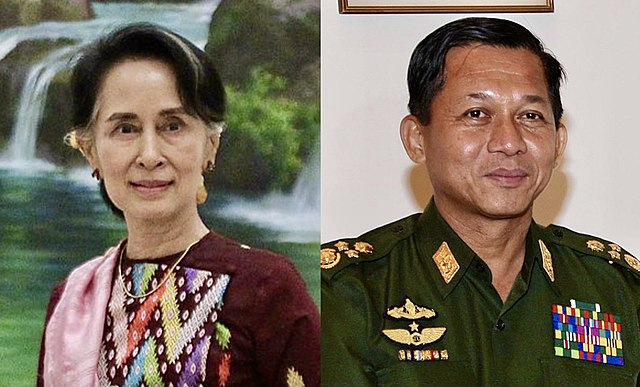 Under international pressure, the Tatmadaw agreed to moderate democratic reforms. The military reserved 25% of parliament seats in parliament which would allow them to veto any changes to the constitution.

Suu Kyi was released on the condition that she could never become president. She then created a role for herself as “state counsellor” and worked alongside the military. In the 2015 election, the NLD won 77% of the seats, and earlier last year, Suu Kyi tried to amend the constitution to limit military power. Tatmadaw vetoed it.

Suu Kyi did support the military in one way: in 2017, she defended the military’s brutal crackdown on the Rohingya Muslim minority. The attack led to hundreds of thousands of Rohingyas fleeing to neighboring Bangladesh. Suu Kyi lost international support and was stripped of many of her awards.

But her popularity within the Buddhist-majority country remained strong. Her party won by a landslide in parliamentary elections in November 2020. The military, fearing they would lose control, claimed the election was fraudulent. It filed 200 complaints to local election agencies and moved their case to the Myanmar Supreme Court even though election observers had found no irregularities.

The belief in democracy, though, has not disappeared. Protestors lined the streets in red, unfazed by the military presence (which massacred protestors as recently as 2007). They remained peaceful, offering police roses and bottles of water — carrying on NLD’s message of nonviolent civil disobedience.

It is clear the country’s military wants to re-establish its supremacy. The coup allows them a position of strength to renegotiate the constitution. U.S. President Joe Biden has called it a “coup,” and is reconsidering sanctions that were removed as Myanmar progressed toward democracy. The U.N. has called it an “assault,” and is calling an emergency meeting to discuss how to protect human rights in Myanmar.

Myanmar’s transition to democracy has certainly slowed — it is still uncertain if it has stopped.