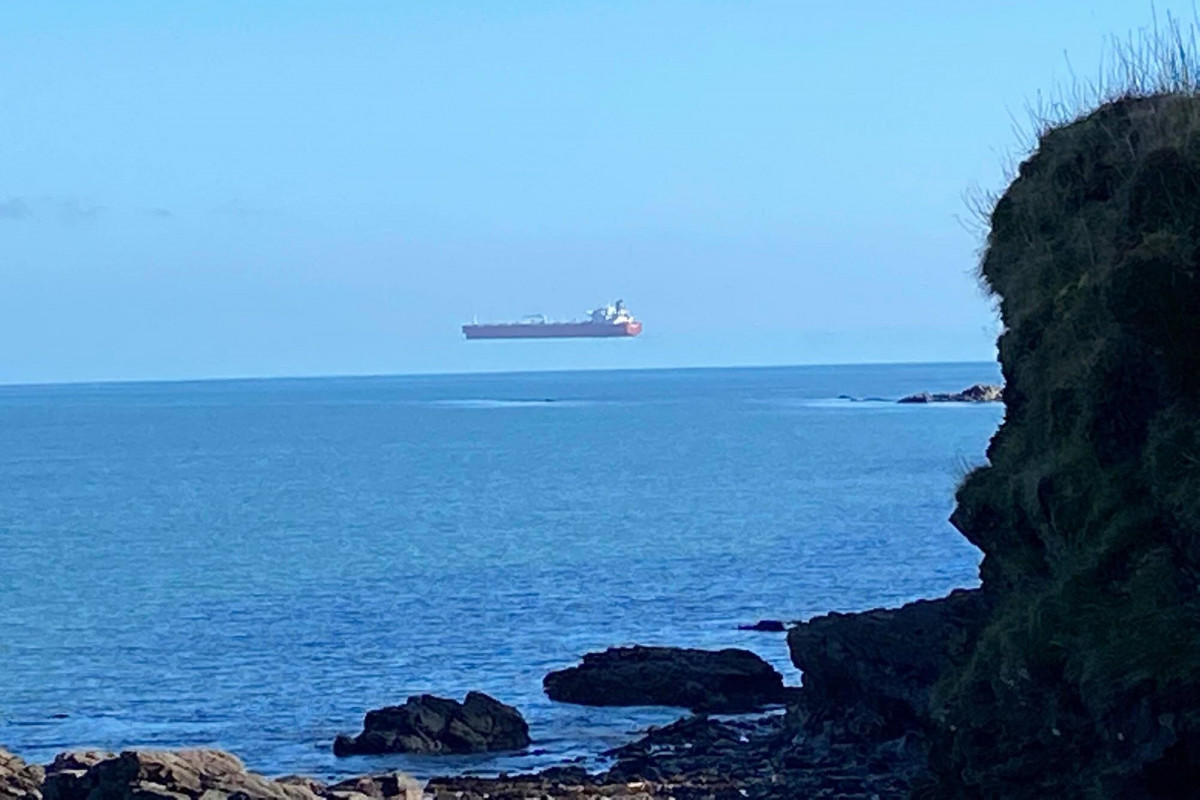 On a regular coastal hike in the UK, David Morris stood spellbound when he noticed a huge tanker hovering midair over the ocean!

He was certain the image he saw was a play of light, but the photo he later posted on social media caused quite a stir.

Let’s try to understand the strange case of the floating ship and wrap our heads around this bizarre phenomenon.

A mirage, derived from Latin word mirare, is an optical phenomenon caused by atmospheric conditions.

When the sun heats up either the land or the ocean, it creates a range of temperatures in the air. These temperature differences cause changes in air density and cause light rays to bend. Optical illusions are sometimes created as a result.

You may have heard stories of the lost, parched traveler enticed by the mirage of an oasis. You may have also seen the “highway mirage”, where the asphalt road ahead appears to be wet or oily, on a hot day. These are examples of “inferior mirages”, which are very common in hot, dry areas.

What Mr. Morris witnessed, though, was a superior mirage, a reverse phenomenon of the inferior mirage.

If all the air in the atmosphere is either hot or cold, light travels in a straight line. However, when light hits two layers of different temperatures, it bends and travels through the second layer at an angle.

Interestingly, the human brain presumes that the bent light is coming straight at you and that’s why we see mirages (curiously, brains of ospreys do not produce this effect). 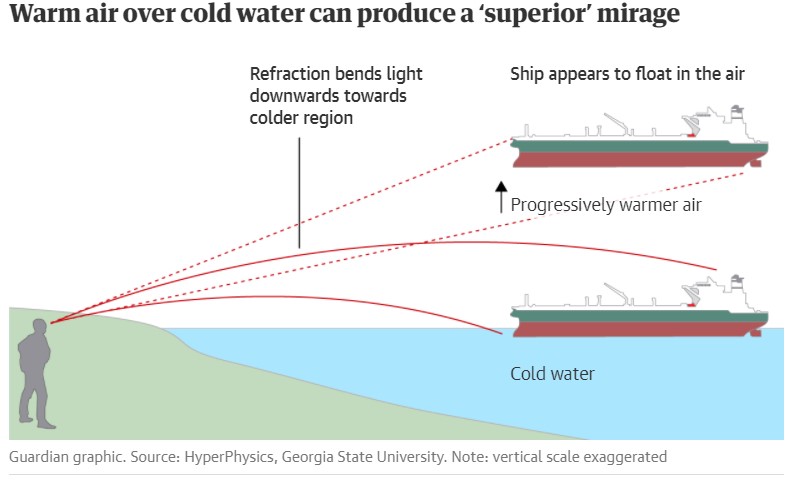 When a layer of cold air rests above warm air, such as in deserts, we see inferior mirages. On the contrary, if a layer of warm air sits on top of cold air, like in polar regions, superior mirages are observed.

Superior mirages cause objects to appear above the horizon, like Mr. Morris’ flotilla. Sometimes, the effect gets intensified so much that distant cities, that are way below the observer’s horizon, can be seen! For example, observers standing by a lake in Chicago have reported seeing the eastern shore of Lake Michigan.

Of Fata Morganas and Ghost Ships

For sailors on long voyages, fata morganas evoked fear, and the legend of the ghost ship, “the flying Dutchman” was born. Seeing the ghost ship in the sky was a sign of sure doom, for the sailors.

Fata Morganas even “tricked” the legendary Arctic explorer, Robert Peary, who believed he had discovered a huge continent, Crocker island, in the middle of the Polar Sea. It is also believed that these false images were responsible for the Titanic sinking!

Today, we experience awe and wonder when we see these wonderful mirages – a mere trick of the human brain!